In the Name of the Father

Academy Award winner Daniel Day-Lewis gives an impassioned performance in this riveting drama that mirrors one man’s 15-year struggle and ultimate triumph over a terrible injustice. Oscar winner Emma Thompson co-stars in this gripping film the Los Angeles Times calls, “A politically charged ‘Fugitive.’” In the Name of the Father tells the true saga of Gerry Conlon. A petty thief in strife-torn ’70s Belfast, Gerry’s main interests are getting drunk and partying, much to the dismay of his quiet, 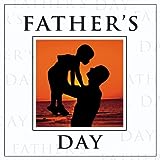 3 Responses to “In the Name of the Father”