Ain’t In It For My Health: A Film About Levon Helm

Director Jacob Hatley’s intimate documentary finds rock and roll legend Levon Helm (The Band) at home in Woodstock, NY, in the midst of creating his first studio album in 25 years. Shot during the course of two-plus years, this highly anticipated film focuses in on the four-time Grammy winner and Rock and Roll Hall of Fame member after his 2007 comeback album, Dirt Farmer, brought him back to the spotlight. 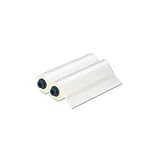 For over 60 years the GBC brand has been a world leader in products that help consumers protect, preserve, secure, organize and enhance their printed materials. GBC binding and laminating machines and supplies help professionals finish documents quickly and easily with style and customization. The GBC Ultima 35 Laminating Film Rolls are quality polyester based thermal laminating film rolls. They are compatible with the GBC Ultima 35 EZload loading technology only. The color-coded and size-specif

6 Responses to “Ain’t In It For My Health: A Film About Levon Helm”